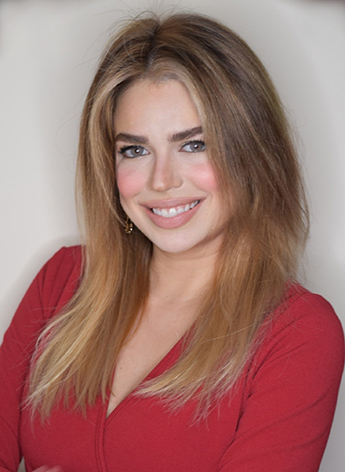 Dr. Fernanda Oliveira Salloum decided very early that she wanted to attend the college of dentistry, with high grades in school and having achieved first place in the university entrance examination at 16 years old she entered with a scholarship at one of the best dental college of Sao Paulo state in Brazil.

She left college with several awards and one of the best research in composites and nanotechnology already published (Microhardness evaluation of a composite according to the light source, energy density and depth of cure -Duarte F. O.) and more 2 publications at this time and 1 dental meeting lecture. At age 20 in 2008 she had already finished college DDS, and began immediately to work in the same city performing general dentistry. Over time Dr. Fernanda realized that she had a big joy in having children as patients and was receiving many compliments from many in the children’s treatment.

To understand better the children’s behaviour she decided to start a child psychology course for dentists in 2009 and at the same time a preventive orthodontic and periodontics courses at the Institute for Development of Clinical Dentistry in Sao Paulo. As time passed she became even more sure about focus her career in children’s and teens that’s when she entered in a specialization in paediatric dentistry, again with a scholarship offered by her efficiency in scientific research in the best and largest university of Latin America, the University of Sao Paulo (Fousp). At this time she was focused on researching about atraumatic restorative treatment (ART), subject which Dr. Fernanda nourish great passion and already gave lectures at conferences and interviews.

In 2014 Dr. Fernanda followed with continuing education with the course of Aesthetics for children and teenagers in New York (GNY Dental meeting). Dr. Fernanda has 13 years of experience in the field and much love in caring for children and adolescents in the dental office, patience and attention are one of her great features.